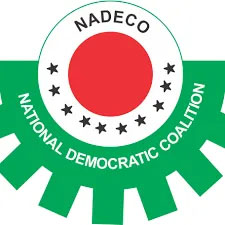 EACH year, as the approaching anniversary of “June 12” gathers momentum on the way to becoming an iconic event in Nigeria’s political history, I often contemplated the state of mind  for those who would have been canonised by it but chose to enter into desperate conspiracies with others to emasculate it.

Military President Ibrahim Babangida is languishing in his malignant lair in Minna, grateful for the occasional visitor.  He needs the visitor more than the visitor needs him anyway.  Arthur Nzeribe is sharing the same fate on the Oguta Lakeside, in Imo State.

The last time we heard from David Mark, three-term senate president and owner of two golf courses in Europe, was trying to corral the National Assembly into building, equipping and naming a medical university of medical sciences for himself in his hometown Otukpo, in Benue State.  “From those to whom much has been given, nothing is expected” may well be his personal philosophy.

Professor Ben Nwabueze, our own Lord Dicey, who staked his matchless reputation on defending, if not justifying a brazen assault on democracy and the rule of law with few parallels, and has denounced attempts to right that historic perversion just as zestfully, seems to have been holding his fire lately.  He knows a lost cause when he sees one.

Humphrey Nwosu is still trying to perfect the supreme illogic of holding himself up as the epitome  of rectitude in conducting the election and at the same time holding up the military ruler who annulled it as a courageous and committed patriot.

On this anniversary, I have been reflecting on the roles of two of them, Nwosu and Shonekan, in the drama, beginning with Shonekan.

In December 1992, it was being bruited that military President Ibrahim Babangida was about to set up a Transitional Council, mandated to complete what remained of a transition programme that has been twisted out of shape by a canny military ruler bent on holding on to power.   The major items on its remit were the presidential election, and arrangements for a smooth transfer of power.

What I knew about Okigbo and Adebayo told me that they would reject the offer on the threshold.  Of Abiola and Shonekan, I was not sure.  But something had told me long before Babangida made a virtue and an art on inconstancy that the programme would come to grief, and with it all those who embraced it.

So I asked retired General Olusegun Obasanjo to intervene and save Abiola and Shonekan from themselves.  Abiola, it turned out, had needed no dissuading.  But Shonekan said Unilever had advised him to accept, and that the British Foreign and Commonwealth Office would deploy its influence to ensure his success.

If Shonekan found that what he was getting was not what he had bargained for, what would he do?  Did Obasanjo put that question to Shonekan?

Did Obasanjo believe him?

“Let us just say that Ernest is naïve or ambitious or both,” he said.

Shortly after Shonekan took office, I called his chief of staff, Isaac Aluko-Olokun, a holdover from his UACN Days.  I told him I was persuaded that Shonekan would find out that he had painted himself into a corner.  But Shonekan need no suffer in silence.  If he was concerned to signal to the public that his name was being taken in vain, he could detail Aluko-Olokun to brief me in confidence from time to time, and I would use my column in The Guardian and other assets to do the job.

Aluko-Olokun was ecstatic.  He said he would be flying in at the weekned to meet with me to discuss a discreet contact mechanism   Two weeks passed, and he had not called.  I reminded him that the offer remained open.   Another two weeks, and still, he had not called. He never did.  Shonekan soldiered on grimly as head of the doomed Interim National Government, until Sani Abacha ended his pretence and his misery.

Months later, when I ran into Aluko-Olokun at a diplomatic event, he tried to turn the tables on me.  Each time my column appeared, he said, Shonekan literally pulled him up and queried:  “But you told me this man is our friend?”

Humphrey Nwosu had a reputation for brilliance and volubility and the dramatic flourish.  Reporters soon learned on account of the latter to keep measured distances from him whenever he was giving a news conference.  He spoke with his arms and his feet, and as he lurched from one side to the other and leaned to and fro in the manner of Ray Charles at the keyboard, they feared that he might inadvertently kick someone in the groin or give someone a black eye, administer a head butt.

For 15 years, Nwosu had harboured, at great cost to his body and mind the dark secrets of the election saga.  Then in early June, 2013, he announced sensationally that he would launch a no-holds-barred book on the 15th anniversary of the historic poll.

Anticipating the event, I had speculated that Nwosu must have decided to unburden himself of those dark secrets for one of three reasons, or a combination thereof:

One:  Those who had sworn him to secrecy on pain of the direst consequences might have freed him from the pact.  If there was no such pact, why would the usually voluble, combative and self-righteous professor clam up for 15 years, on a matter that raised fundamental questions about his probity and integrity?

Two:  Those who had sworn Nwosu to secrecy had vetted the book thoroughly.

Three:  Nwosu had decided to renounce the pact and damn the consequences.

It was puzzling that Nwosu had chosen to launch his book not in Lagos, the bastion of the progressive democratic alliance that had kept the resistance alive, but in Abuja, the base of the annulment’s enablers. Even more puzzling was his giving places of honour to Ibrahim Babangida, and to Shonekan, the naïve and conniving beneficiary of the annulment

Still, I allowed that Nwosu’s book was likely to constitute “more than a footnote” to the June 12 saga, the 15th anniversary of which was being celebrated that day.

In the book, with the ponderous title, Laying the Foundation for Nigeria’s Democracy:  My Account of June 12 Presidential Election and its Annulment, Nwosu delivered far less than he had promised.

The suspicion endures to this day that he had entered into a pact with Babangida and his wrecking           crew to tell only so much of the story and tell it in a way that glories the process the led to the election, without fixing any blame for its perfidious culmination.  And, as a bonus, Nwosu was free to praise himself to his heart’s content.

During the two weeks between which Babangida stopped further announcement of results, and then    voided them, and thereafter scrapped the election laws and their machinery, Nwosu had gone missing.  Whereabouts unknown.

When the security people finally produced him, a mystery lady by his side told the media that they had  been away at a secret rendezvous enjoying a second honeymoon.    Amid the wreckage and ruins of her husband’s professional career and reputation?

Nwosu has never addressed this yawning gap in his biography.

Nwosu revealed little that the public did not know.  He provided no critical insight.  For such, he drew on a memoir by another principal actor in the drama, Omo Omoruyi, director-general of the defunct Centre for Democratic Studies, and rather too liberally on a 1998 Tell magazine interview with Colonel Abubakar Dangiwa Umar, the dissident officer who stood militantly against the annulment.

Based on his account, Nwosu might as well have been an indifferent spectator in the rafters, not a ring-side observer, much less a major participant-observer.