Davina McCall: ‘I wore this with vast amounts of tit tape and a riding crop’

The Fashion Awards: from Rihanna to Naomi Campbell – in pictures

Wild rose: stand out this festive season in clashing partywear
Share with friends 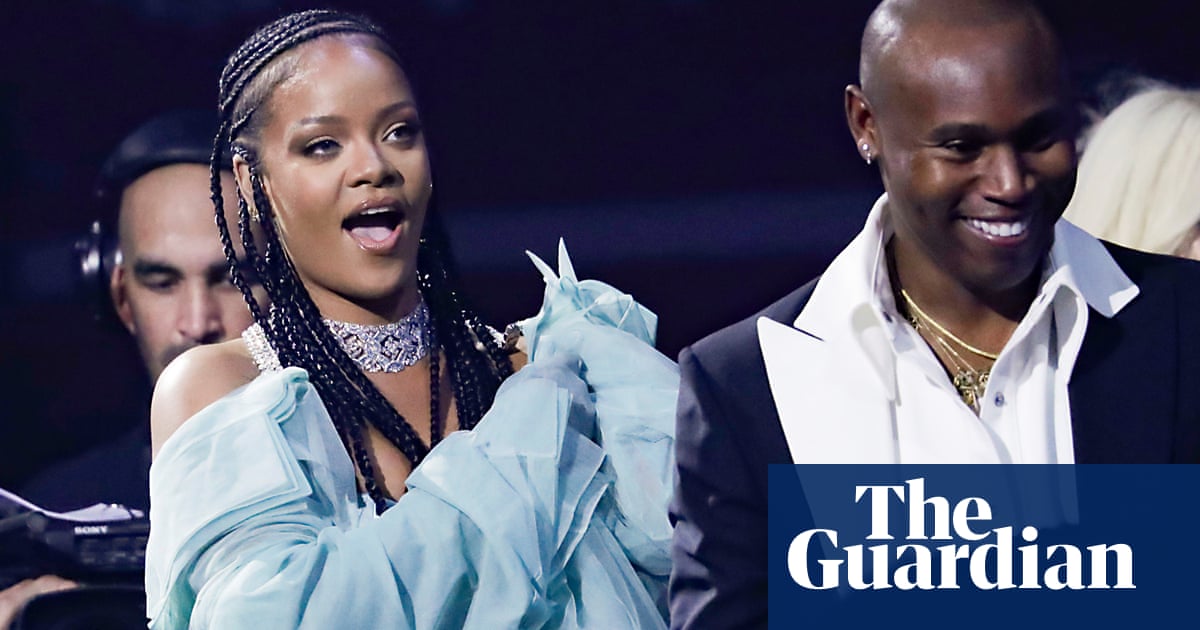 The award was presented to her by Tyler, the Creator and by Janet Jackson, who told her: “You are loved for your style.”

Rihanna thanked the British Fashion Council and her collaborators. She was previously nominated for her Fenty x Puma collaboration in 2017.

Campbell said she was the “first woman of colour to receive this award” before thanking women who she said had come before her, including Janet Jackson, Tina Turner, Iman, Bethann Hardison and Eartha Kitt.

As a campaigner for inclusivity in fashion and one of the founders of the Diversity Coalition, Campbell called for “diversity in the workplace and in everything we do.”

Adut Akech won Model of the Year and Giorgio Armani picked up the Outstanding Achievement Award, which was presented to him by Julia Roberts and Cate Blanchett, who said he revolutionised dressing on the red carpet.

The collective signatories of the Fashion Industry Charter for Climate Change (which included Stella McCartney, Burberry and Nike) won the Positive Change award, for individuals and fashion brands who are making concerted efforts to be more sustainable. Earlier this year, an agreement in Paris signed by many of the top fashion houses agreed to net zero emissions by 2050.

“We need leaders from prominent and influential industries like fashion to step up in a big way, and we hope this initiative will give a push in the right direction,” Robert Skinner, executive director of the UN Office for Partnerships, told the Guardian.

Rihanna’s victory caps off a game-changing year for the singer, which has seen her making huge strides for racial advancement within the industry.

And, through its cosmetics subsidiary, Fenty Beauty (with its “foundation for all” philosophy) , she helped democratise make-up, introducing more shades of foundation than had been previously been available from a cosmetic company before. Fenty Beauty has been condemned by some for not being inclusive enough, but has made strides to become more so.

“Some [people] are finding their shade of foundation for the first time, getting emotional at the counter,” she explained to Time magazine. “That’s something I will never get over.” It has led to other brands like MAC, Covergirl and Maybelline dramatically increasing the number of foundations on offer.

Featuring a range of diverse models in all shapes and sizes (including transgender actor/model Laverne Cox and plus-size model Margie Plus) the body positive brand stood in stark contrast to Victoria’s Secret, whose singular vision of beauty was seen by many as outdated and not inclusive.

In an interview after the Savage X Fenty show, Rihanna said: “I don’t care about any skinny Victoria’s Secret model … there are a lot of women out there who are feeling in the dark, invisible, [saying]: ‘I can’t try that on because I’m not made like that.’ This is where you feel safe, right here at Savage.”

US threatens tariffs on $2.4bn in French imports in retaliation for France’s tech tax