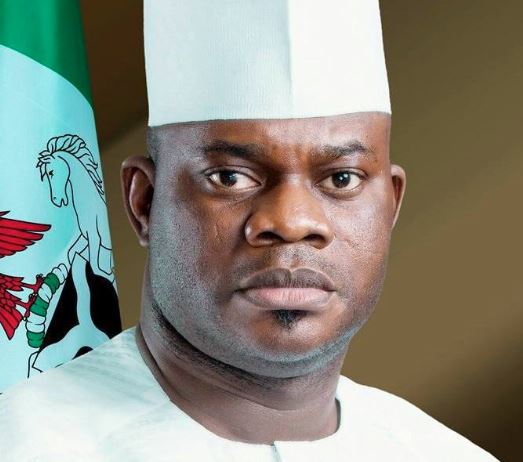 He also said the ruling party will triumph over its current crisis and wax stronger.

The governor spoke with State House correspondents after meeting with the Chief of Staff to the President, Prof. Agboola Gambari, along with his colleagues from the Northcentral zone.

Bello  said there is no division in the party, adding that the various interest only saw the same point from different angles.

He added: “So, we are going to continue to expand our coast. So, APC is strong;  we are not divided, we are only seeing one same point from different angle and we are trying to make ourselves understand the points, that is just it, there is no misunderstanding”, he said.

Bello, who expressed sympathy for Edo State Governor Godwin Obaseki, said notwithstanding his incumbency, the APC would take the state back from the Peoples Democratic Party (PDP) during the election.

“We have seen those in power before that were dethroned, we have seen practically that President Muhammadu Buhari of APC dethroned PDP, the former President that was on seat. So, that is not any trouble at all.

“APC is going to win Edo State. But unfortunately, I really felt the exit of my colleague, His Excellency Governor Godwin Obaseki, in whatever circumstance to another political party, is painful.

In a statement in Abuja, he said: “For the avoidance of doubt, HE Ajimobi is a respected founding member of the Forum. Any day and anytime, H.E Sen. Ajimobi will enjoy the fraternal support of all Progressive Governors.

The PGF-Director-General,  said the governors were concerened about the leadership crisis, adding that they are committed to the resolution of the conflict.

He, however, admitted that the approach and perspectives of each progressive governor in solving the crisis may vary.

Lukman said the governors have reached same consensus on the problems as contained in the resolutions of the emergency teleconference meeting of Saturday, June 13.

He said: “Part of the resolutions, which was made public include collectively working to ensure strengthening fair and democratic internal party mechanism for the selection of party candidates in all elections.”

Lukman said despite insinuations of division among the governors in some quarters, the governors are  united and committed to unity and the operations of the National Working Committees (NWC0 in accordance with the APC Constitution.

Lukman stressed: “It will be downgrading to attempt to project HE Sen. Ajimobi as a factional leader of the NWC.